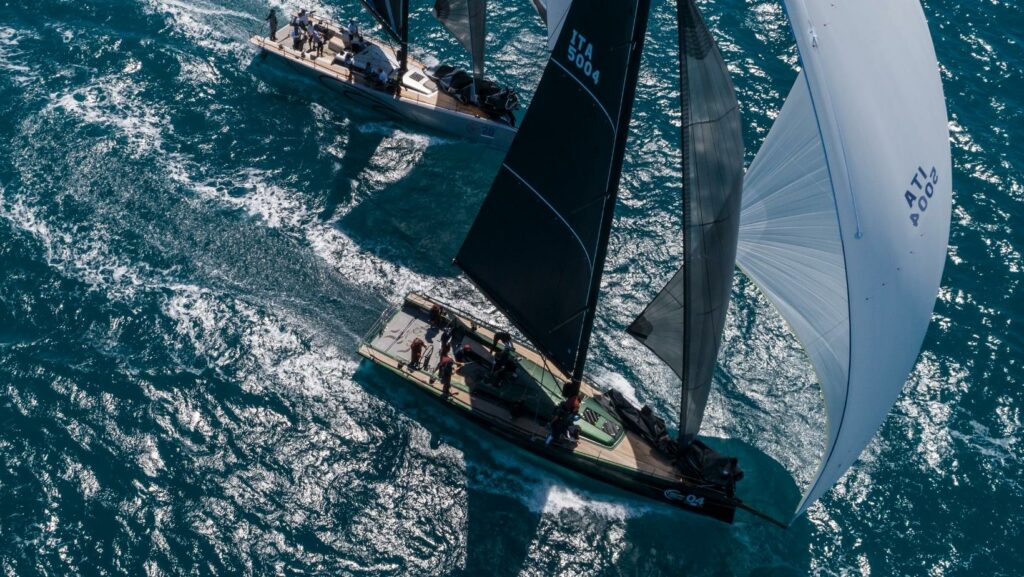 World Oceans Day is celebrated on June 8 every year

Established by the United Nations, this day aims to raise awareness regarding the problems that the oceans are facing, focusing on the protection of marine ecosystems through concrete actions.

The 2022 theme is “Revitalization: Collective Action for the Ocean“

Every day marine ecosystems are exposed to different dangers that can compromise their future survival. Eliminating these threats is possible and should be a priority.

The oceans, enormous cradles of water that originated life, host 80% of living species and produce more than 50% of global oxygen. It must be a priority to protect them. Both Gottifredi Maffioli and the ocean sailors the company partners with for technical aspects implement specific actions to achieve this goal.

One of the important steps taken by Gottifredi Maffioli, a demonstration of responsibility and respect towards our planet, was, in 2020, the decision to use only bio-based Dyneema in the production of 100% of its sailing and mooring lines, to reduce the environmental impact of its production activities.

Each one of us, in our daily actions, can make a difference, through small but important changes in our habits, such as avoiding consuming more than necessary, making conscious choices and using as little plastics as possible.

Gottifredi Maffioli wanted to hear from those who know the oceans well, because they have been sailing them for years. 4 important names in ocean sailing have shared their experience with us on this important occasion.

Giancarlo Pedote at the Vendée Globe 2020/21 was the best Italian ever. He will repeat this adventure in 2024, with Gottifredi Maffioli’s technical support, with the shared values ​​of ocean protection and sustainability.

At the next Vendée Globe, Giancarlo will have on board equipment developed by Prysmian Electronics for monitoring the health of the oceans: data such as temperature and salinity of the water in which he will be sail will be sent, analyzed and validated by the CMCC Foundation (Euro-Mediterranean Center on Climate Change), and made available to the international scientific communities.

“During my last regatta I encountered huge pieces of wood in the ocean that had been lost by a freighter; unfortunately many boats suffer damage due to this kind of problem, mainly due to the lack of regulation and control over the activities of cargo ships.
Climate change is showing it’s consequences too, such as the increase of algae in the sea. For example in the latitudes between the 10 ° North and the 10 ° South of the Equator, there are islands of algae that can cause problems to sailing boats.
Despite these obvious problems, the thrill of sailing and the immense beauty of the oceans lead me every day to commit myself to safeguard them, in my activity as a sailor as well as sharing important values ​​related to the responsible behaviour of each of us.“ 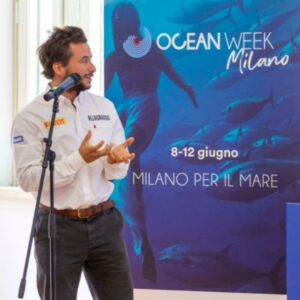 Ambrogio Beccaria won the Mini-Transat for the first time in the history of Italian sailing in 2019. He received the 2018 and 2019 “Sailor of the Year” prize and was awarded the “Ambrogino d’oro” in 2020. In May this year he launched his new, 100% Made in Italy project, “Alla Grande”, which will see him engaged until to 2024 aboard a Class40 boat that will set sail next August during the Palermo-Montecarlo regatta.

His commitment to protecting the oceans is tangible, he recently became an ambassador for the One Ocean Foundation. He joins some events of the Milan Ocean Week (8-12 June 2022) as a direct witness, able to describe the real situation of our Oceans.

Ambrogio quotes a phrase from a famous movie – “With great power comes great responsibility” – the oceans and marine ecosystems are at risk and it is up to us to safeguard them. He continues sharing his opinion: “I think that on land today we are experiencing a heavy climatic stress, because most communications on this topic is almost terroristic. Fortunately, you don’t see this aspect all the time when you are at sea. Each time, I experience the intense thrill of sailing, and this is where my motivation comes from, along with my commitment to keep giving my best. “

Ocean navigators and sailors contribute every day to the study and protection of the oceans, providing valuable data for research studies and raising awareness on environmental issues.

Today, one of the main problems that worries ocean sailors around the world the most, is waste. No longer just storms, isolation and orientation problems, but huge containers, islands of waste and algae that risk causing significant damage to boats. 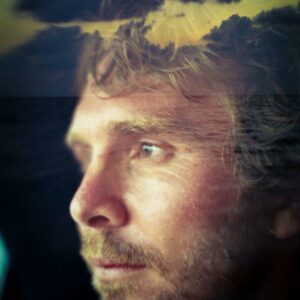 Vittorio Bissaro represented Italy in Rio 2016 Olympics and was Nacra 17 World Champion in 2019. Since 2016 he has collaborated with Giovanni Soldini’s Maserati Multi 70 project, also contributing as a specialist, given his degree in aerospace engineering.

Speaking with Gottifredi Maffioli, he confirms how essential it is to take responsibility by those who experience the ocean today and want future generations to experience it as well:

“The ocean is huge, you realize it when you make ocean crossings. But the ocean too, like its resources, ends at a certain point. Going to sea in a responsible manner is not an option to preserve it, it is the only way.
One thing I love when I sail in the middle of the ocean is to see a cetacean or a large fish appear. I take it as a sign: it can be a reflection on the state of the oceans or a confirmation or questioning regarding specific tactical choices. Anyway, this is something I would like my children to live in the future.”

Alberto Riva sailed with some of the best known Italian navigators (Soldini, Fantini, Beccaria). He graduated in physical engineering and specialized in nanotechnologies. He carries out data analysis and follows the research and development of new electronic devices for sailing. In 2019 he was Italian Mini 650 Class Champion (Proto category). In 2020 and 2021, on EdiliziAcrobatica, he won both the title of Italian Mini 650 Class Champion (Series category) and the first place in the International Ranking. He concluded his mini project by crossing the finish line in second position at the 2021 Mini-Transat. Today he is aiming for a new Class 40 project.

Alberto underlines that sailing is for him both a sports and human adventure, made of passion and sharing. He asks us a question:

“For the men of Ulysses, ear wax plugs were enough not to hear the mermaids singing at sea. Will it be enough for us to shut our eyes and ignore our senses regarding the islands of waste, including the Great Pacific Garbage Patch, which is as large as the whole of the Iberian Peninsula? “

The active contribution of each one of us, the projects for Oceans protection, and the sensitivity towards the environment, are the key to achieving the goal of safeguarding the Ocean. This is fundamental in order to continue living the emotions that have driven men, for thousands of years, to sail and discover the world, as well as themselves.

Do you need to receive information and answers?